• On the show Trailer Park Boys, the character Julian dances with a “dirty old dog, which is a Weimaraner.

• The first president and founder of the Turkish Republic, Mustafa Kemal Atatürk, had a Weimaraner named Fox.

• Former French President Valéry Giscard d’Estaing owned a Weimaraner named Jugurtha, said to have had such human habits as laughing and drinking tea.

• The photographs of William Wegman prominently feature Weimaraners. His dogs included Man Ray, named after artist Man Ray, and Fay Ray, a play on Fay Wray. In his photos, his Weimaraners are dressed in human clothes. These pictures are popular both in galleries of contemporary art and as pop culture icons. These “dogs with hands” have appeared frequently on Sesame Street, and occasionally on Saturday Night Live.

• A Weimaraner was the subject of the music video for Blue Monday, by the rock band New Order.

• A neurotic Weimaraner named Beatrice (played by Can. Ch. Arokat’s Echobar Take Me Dancing) is featured in the movie, Best in Show.

• A Weimaraner was used in the Sylvester Stallone movie, “Daylight” (1996).

• Singer Kate Bush poses with two Weimaraners on the cover of her 1985 album, Hounds of Love.

• In the 2007 film Juno, Brenda MacGuff (Juno’s stepmother played by Allison Janney) loves Weimaraners. Her fondness for dogs is frustrated by her stepdaughter’s allergy to their saliva. During an argument, she exclaims, “When you move out, I’m getting two Weimaraners!” Juno responds in a loud, short burst, “Whoa! Dream big!” In the last sequence of the film, she is seen playing with a pair of them on her front lawn as Juno (played by Ellen Page) bikes off to the closing scene.

• Grace Kelly (later Princess Grace of Monaco) had a Weimaraner, and there are photos of her playing with him during her trip to Monaco before her marriage to Prince Rainier.

• A Weimaraner is featured on the cover of the album, The Best of the Pogues.

• A Weimaraner makes an appearance in the movie, Fever Pitch, starring Jimmy Fallon and Drew Barrymore.

• Four Weimaraners were used in the video for the Pet Shop Boys song, I Don’t Know What You Want But I Can’t Give It Any More, in 2002.

Ben Stein tells you about his Weimaraners in this great video 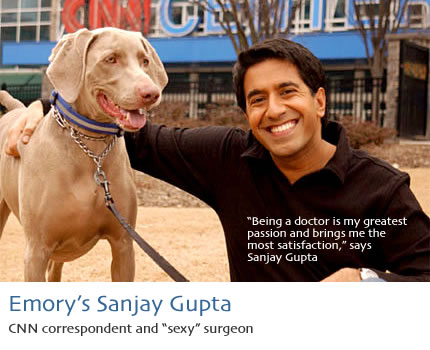 • SandStar’s Frazier, JH, NSD, NRD, TDI, CGC (Frazier) has been spotted hanging out with actress Kristin Davis of TV’s Sex in The City, in Washington DC. Purina ProPlan’s Rally to Rescue program in Washington DC recognized rescue groups from around the country. Frazier, a 13-year-old rescue boy, accompanied his mom, Karin Bakken and members of the Heartland Weim Rescue and North Texas Weim Rescue groups, to meet with Congressmen and Kristin Davis for awards and photos shoots. Frazier told his story to Kristin Davis, who was extremely impressed with his accomplishments in the three years since he was saved from death row by Karin. Frazier also sucked up to Kristin so much that he got many pictures taken and many treats! Don’t be surprised if you saw him as one of the Purina ProPlan Rally to Rescue faces!

Pet Rescue Groups Honored for Their Commitment to the Homeless Pet Crisis
Kristin Davis Attends National Recognition Event in Washington, D.C., to Show Support for the Cause
WASHINGTON, May 10 /PRNewswire/ — Whether it was working around the clock and risking personal safety during the days following Hurricane Katrina to save abandoned pets or driving more than 200 miles a day to rescue a dog or cat, America’s pet rescue workers go to extraordinary lengths to help save man’s best friends each and every day.

In celebration of National Pet Week, today Purina(R) Pro Plan(R) honored 10 passionate pet rescue workers and their four-legged friends in Washington, D.C. The workers’ pet rescue organizations were recognized for their exceptional efforts to ensure the safety and well-being of homeless dogs and cats and their commitment towards the Pro Plan Rally to Rescue campaign in 2005, a program dedicated to raising funds and awareness for pet rescue nationwide. Smaller pet rescue organizations place nearly a half a million dogs and cats in homes each year, and represent nearly 45 percent of all pet adoption groups. However, they are often overlooked by potential donors and adopters due to their more limited fundraising and marketing capabilities. The rescue workers traveled from across the country to Washington, D.C., where they accepted an award on their organization’s behalf, along with a special recognition from actress and pet lover Kristin Davis (“Sex and the City,” Disney’s “The Shaggy Dog”).

Individuals honored included: Alexandria Whitney, representing Guardians for Animals (Troy, Mich.)
“It was a pleasure to be here today to help celebrate the amazing work of these organizations,” said Kristin Davis. “It’s the efforts from these smaller organizations that really make a difference in their communities. The animals need these wonderful people and it is an honor for me to have met these extremely dedicated volunteers.”

In addition to the official recognition ceremony, the honored guests spent the afternoon briefing their local congressional members on their perspective of a day in the life of a rescue worker, including their unique success stories. From establishing a literacy program that helps children by having them read to dogs to developing a special spay and neuter program for low-income families, the rescue workers had plenty of real life examples to share.

“Each of the rescue workers organizations honored here today has done so much to help drive awareness for the cause and to help homeless dogs and cats find loving homes,” said Ken Wilhelm, director of Pro Plan Rally to Rescue. “The Rally to Rescue Recognition Event not only allows us to thank them for their hard work, but brings to life the great efforts that are being done for pet rescue on a daily basis. We look forward to the continued success of these individuals and their organizations in the coming years.”

The event also served as the official kick-off for the Pro Plan Rally Across America tour, which is dedicated to raising funds and awareness for pet rescue nationwide. The 11-market tour will travel across the country from May through October 2006. In each city, local pet rescue organizations will be on hand with adoptable pets and information about how to get involved in pet rescue. Each stop features a fundraising initiative in the form of a virtual walk. During the event, consumers are encouraged to log mileage on treadmills set up at each tour event in exchange for a donation to the participating local pet rescue groups. Pro Plan will donate $5 for every five minutes walked by participants. For a complete tour schedule or more information, log on to http://www.rallytorescue.org

The Pro Plan Rally to Rescue campaign, which launched in April 2005, allows pets and owners to join forces and outfit themselves in matching rallying symbols for the cause. Both dogs and cats can make a statement with purple, nylon adjustable collars that feature a reflective, silver stripe down the middle with the Rally to Rescue declaration. Owners can then wear purple wristbands that look just like the pet collars but are sized for humans.

Pro Plan is working to identify up to 500 pet rescue organizations to be Ambassadors for the campaign. The campaign supplies sets of the collars and wristbands to Rally to Rescue Ambassadors nationwide to distribute in support of their rescue efforts. Each organization is encouraged to request a donation of $5 per set. In addition to being sold by local organizations, the collar and wristband sets are also available online at http://www.rallytorescue.org for anyone to purchase. Net proceeds from on-line sales and all proceeds from the sale of collars and wristbands by rescue organizations benefit participating organizations, with a campaign goal to raise more than $1 million.
To learn more about the Pro Plan Rally to Rescue campaign or to purchase a collar and wristband, go to http://www.rallytorescue.org/info. Nestle Purina PetCare promotes responsible pet care, community involvement and the positive bond between people and their pets. A premiere global manufacturer of pet products, Nestle Purina PetCare is part of Swiss-based Nestle S.A., the world’s largest food company. Rally to Rescue is not a 501(c)(3) organization.

Please email us if you have celeb Weim photos you would like us to add to the website.